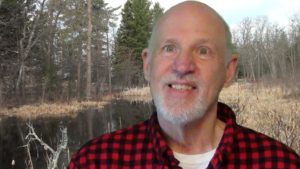 When I was in school on occasion I would not be feeling well and Mom would lay me on the couch in front of the TV with something appropriate for me to watch and that’s how I started watching Romper Room. 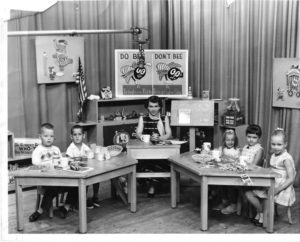 I remember there was a teacher and a group of kids and sometimes there was music when the kids got to bang on things and there were stories and then at the end there was the magic mirror. The teacher would hold it up and pretend she could see all the kids out there in TV land and she’d say their names but I never heard her say my name. 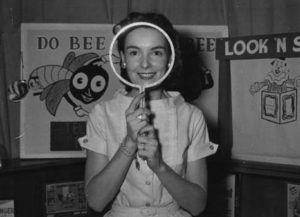 But what impressed me the most was the teacher’s admonition to not be a don’t bee, but to be a do bee. They even had a song about that. Do bees were polite and kind and kept their clothes clean and did everything right but the don’t bees didn’t. I was kind of like a don’t bee. 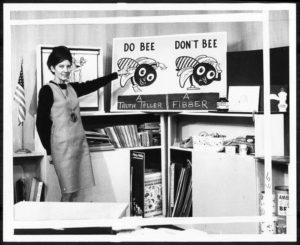 Anyway I’d go back to school and stare out the window while our teacher valiantly struggled to educate me and my classmates. While she was talking about prepositions or something I would be thinking not about being a do bee or a don’t bee but mostly about what did Paul wanna be. I wanted to know what was I supposed to be. 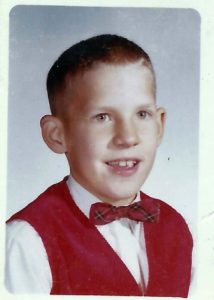 I tried different things. Like when I was in 5th grade I decided I wanted to be a star athlete and I went out for basketball. I thought it was a pretty big deal at the time.

I remember sitting Mom down and having a big talk with her. I explained I would be playing some important basketball games and I’d get my own uniform and go to away games and ride the bus to another town and there would be home games and everybody would come to see me play and she could come too.

Mom remembers she did come to my first game and she was so proud of me out there in my red and white satin feeling uniform that seemed to float around my skinny legs. All went well until one of my teammates threw me a pass. And I ducked. Mom decided that being a big basketball star athelete was just not in my future but it took me a little longer to realize that.

In 6th grade the boys were all out on the football field and our coach told us we would race back to the school. “And”, he said, “the last one in has to run a lap around the football goalposts…except for Paul.” Well he knew my asthma kept me from being able to run very far or very fast. And that’s when I finally started to realize I wouldn’t be a star athlete. 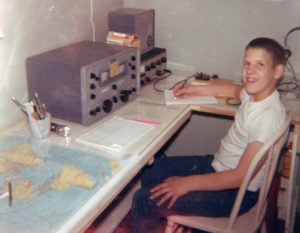 But gazing out my school window I decided I could be an honor roll student. My brothers and sister were so I decided I’d be one too. I tried and I tried but for some reason something was missing. We had a different teacher for social studies and he would always grade on a curve. I remember after a quiz one day he asked Johnny and Tommy how many they missed. Johnny missed one and Tommy missed two, so the teacher said if you missed one or two it’s an A. Then he asked Robin how many he missed and he said three then he asked me how many I missed and I said four and the teacher said, “Ok, if you missed three or four it’s a B.” And then he went on to the C’s and D’s.

And that’s how I came to realize I was not an honor roll student. I was a low B to a high C average student. And there I stayed for most of my academic career. 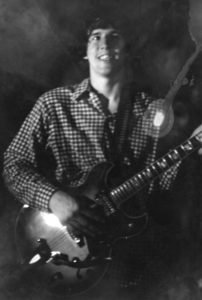 As I got close to being a teenager my older brother and I discussed what radio station we should listen to. I said I tried to listen to KGNO, the one that came in the clearest from Dodge City but that it was mostly talking or music with nobody singing. He suggested I listen to a station out of Oklahoma City. It wasn’t as clear but it had music for kids. He was describing the pop music station KOMA. Soon I was staring out my window imagining myself as pop star singing sensation playing a guitar.

After many years of trying to get paid for singing and playing a guitar I realized I didn’t have much of a future being a professional musician. All my wannabe dreams just didn’t seem to pan out. 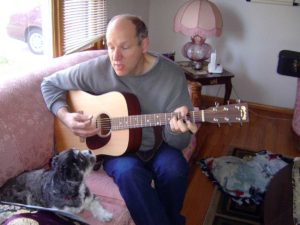 Later in life I began to realize that even though I wasn’t the strongest or smartest or most talented I knew the One who was. And Jesus is His name.

Jesus is the athlete with strength that won’t fail. And we are to brag about His strength and things He has accomplished and tell others.

Psalms 78.4 NKJV
We will not hide them from their children, Telling to the generation to come the praises of the Lord, And His strength and His wonderful works that He has done.

Isaiah 33.6 NIV
He will be the sure foundation for your times, a rich store of salvation and wisdom and knowledge; the fear of the Lord is the key to this treasure.

Even when it comes to being singer-songwriter Jesus is the best. His creation sings praises to Him and even He sings as He rejoices over His people. And I know it sounds much better than my singing.

I don’t think Romper Room is on these days except on YouTube, but I still stare out the window and daydream. And anymore what I really wannabe is just me using my limited abilities and talents to bring praise to my Lord and Savior Jesus Christ. So don’t be like a wanna be somebody important, but do be an important wanna be Jesus praiser. That’s the best bee to wanna be. 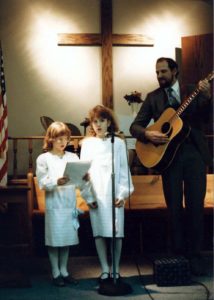