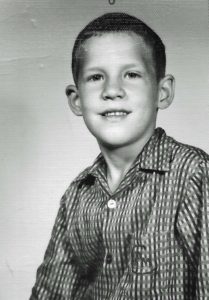 In my second grade class my desk sat between a wall on one side and on the other side sat a curly haired, blonde boy. His name was Curtis and we became friends. It was kind of a mismatched friendship, really, but we were good friends that year. 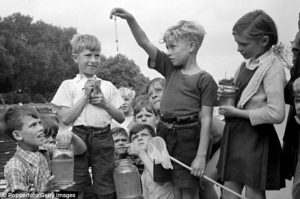 I didn’t realize it at first but Curtis had a lot of friends or at least other kids that wanted to be his friend. They would hover around him on the playground, elbowing me further away from him but when it came time to choose up teams for a game Curtis would came to my rescue. You know, for some reason, he liked me.
He was very coordinated and an excellent athlete…for a seven year old. And he was a natural leader. Curtis would say, “let’s choose up teams and play a game!”
And everyone would agree with excitement. “You be a captain!” They’d holler and another captain would step out and they’d start picking teammates.
Curtis’ first pick was always me. “I’ll take Paul!” he’d pronounce. I’m not sure why. Then he’d make me feel even more important by asking me in front of everyone, “Who else should we pick?”
He never seemed to mind when I’d manage to kick the ball right to the waiting hands of the other team or trip over my feet just when he kicked the soccer ball towards me, because I was his friend. Just like it says in Proverbs 17.17 – A friend loves at all times.
And in the classroom Curtis was on the ball too. One day we got an arithmetic worksheet back and half my answers were circled in red. I stared at it for a while, wondering what I did wrong. I finally looked over at Curtis and he was erasing a few red marks from his worksheet. I started erasing my big red circle but Curtis asked me, “what are you doing?” 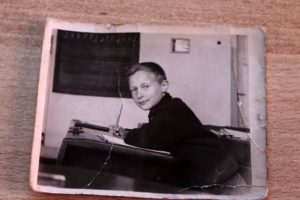 “I’m just erasing the teacher’s red circle like you are.” I shrugged.
“Yeah, but I corrected my answers and went up and showed her.” Curtis said.
“Oh,” I answered not feeling very smart. I still wasn’t sure what I did wrong. But then Curtis showed me my mistakes of mixing up my adding and subtracting and I fixed a few answers before we had to get out our spelling books out. I don’t think I ever did show the teacher.
I’d try my best to impress Curtis. Once, during a soccer game I managed to break free with the ball and kick my way to the goal line which was a red jacket on one side and a blue hat on the other. But I kept going, even though the boys were hollering at me to stop. 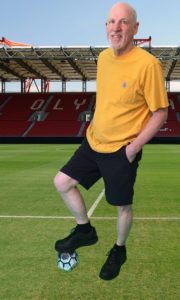 I finally came back and Curtis asked me why I kept going.
“I wanted to score a goal and half!” I offered with a grin. But Curtis shook his head no.
“It’s just one goal.” He said with a smile. “No matter how far you go.”
For some reason Curtis liked me and was a loyal friend. Like in the Bible (1 Samuel 30.26) where Jonathon tells David, ‘…we have sworn friendship with each other in the name of the Lord…”
I worked hard to show him my appreciation by looking out for him the best I could. One day when he felt sick I went and told the teacher, “Curtis thinks he’s going to be sick.” She almost got him to the bathroom on time.
And when one of the other boys was mad at Curtis for tagging him out I stood between them even though I was the one that got kicked in the shin.
Sometimes I’d bring Curtis his red coat and blue hat we used for goal line markers on the playground before we ran back in the school after recess.
I really appreciated my friend, Curtis. Without him I wouldn’t have had a good friend who explained things to me, who included me, protected me from a bully or two and gave me a sense of belonging.

I’ve had other good friends since Curtis and I’ve really appreciated them all. It isn’t easy to find good friends in this world and we have to be careful. I notice Proverbs 18.24 warns us, “There are friends who pretend to be friends, but there is a friend who sticks closer than a brother.” I found that the one true Friend we all need is Jesus Christ.

Jesus helps us to understand life and what is important through His Word. He promises to protect us from the one who wants to destroy us. He tells me I’m His friend and that I’m important to Him. He even gives me opportunities to help others to find Him and to grow in their relationship with Him.

John 15.15 NIV – I no longer call you servants…Instead I have called you friends,

Curtis was a good friend during that school year. He even made going to school fun and helped me to fit in. And I’ve always wished I could more like a Curtis.

Psalms 138.6 NIV
Though the LORD is exalted He looks kindly on the lowly;

James 2.23 NIV
And the scripture was fulfilled that says, “Abraham believed God, and it was credited to him as righteousness,” and he was called God’s friend. 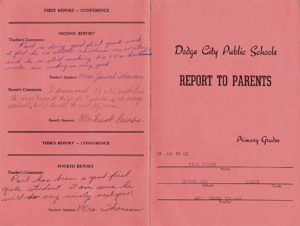