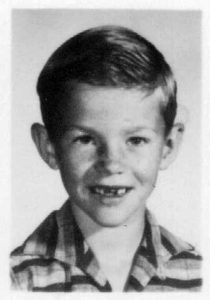 My best friend in fourth grade, Tommy, announced one day that he had a new baby sister named Beth. He seemed very excited and proud to have a younger sister. So I being the good friend I was, was excited for him. And I didn’t mention any of the negative aspects of having a younger sister. I figured he’d find out about that sooner or later. 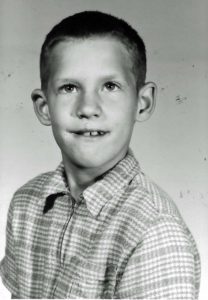 I did the math because I was really good at math. (Sometimes) and I realized that since I was 9, I would always be 9 years older than Beth. Once the announcement was made I didn’t see much of Tommy’s new sister. When I’d visit his house she was usually sleeping or kept safely in a bedroom away from her rowdy brothers.

But about a year and a half later or so I was invited to spend the afternoon at Tommy’s and on the ride over my Mom gave me the usual blah, blah, blah, make sure you behave yourself talk. Mostly I didn’t hear it but at the end she said, “and make sure you look out for Beth.”

I nodded like I was listening to the whole thing and Mom let me out of the car in their driveway where I saw Larry, Tommy’s little brother kicking rocks.

I said hi to Larry and asked him where Tommy was.

“Inside,” Larry said with a shrug. “Watching Beth.” He kicked at a stone and missed and fell on the driveway.

I came to the front door and looked back at Larry but he was up again and busy kicking rocks. I started to open the door but decided the polite thing to do was knock. So I knocked.

Tommy’s older brother, Johnny opened the door and grinned at me. “Hi, Paul.” He said.
“Come on in.” Johnny was always grinning and seemed to be in a perpetual good mood. And I appreciated his friendliness to me because he was three years older than me and didn’t have to be friendly.

Tommy was sitting on the floor with a checkerboard in front of him and waved at me but I could tell he was upset. Johnny sat down on the other side of the checkerboard and studied the checkers for a minute. “Who moved them?” He asked with a frustrated voice.

“Beth.” Tommy sighed. I looked over at the little toddler and she had a checker in each hand, one red and one black. I smiled at her and she smiled back and showed me the checkers.

“Give me the checkers!” Johnny scolded Beth. But she ignored him. And when Tommy stood up to take the checkers she ran off laughing.

Remembering my Mom’s admonition I said, “Aw.. Let’s just let her have them. She wants to play, too.” The brothers gave me disgusted looks and tried to finish their game. I decided to distract the little toddler and sat on the floor making faces at her until she laughed.

A few minutes later Tommy’s Mom came in from the kitchen. “Boys,” She announced, “I’m going to the store and Johnny you take care of your little sister. And no fighting, boys!”

She handed Johnny an opened package of graham crackers. “Give Paul one, too. And take them outside to eat.”

The graham cracker was more appealing to Beth than the checkers so she finally let go of them and followed us outside. 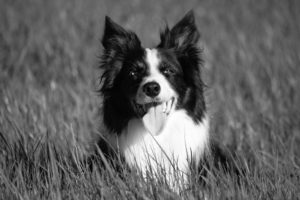 Their border collie dog, Ring was running around excitedly and it wasn’t long until he snatched Beth’s graham cracker. She started to cry and I waited for Johnny or Tommy to do something but they just shrugged as we talked about playing basketball. Beth stood in the driveway whimpering so I broke off my graham cracker and gave her half. She smiled and hopped up and down while I shooed Ring away from her. 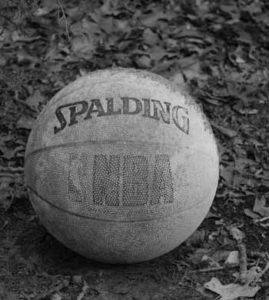 I grabbed the basketball and kneeled down and rolled it to Beth and she rolled it back with a grin. We went back and fort a couple times then Tommy grabbed the ball. “Ok, let’s play a game,” he said. Beth looked sad so I spun around and dropped down to my knees by her. She smiled at me and did the same.

“Shouldn’t we keep Beth back out of the way somehow?” I asked. Her brothers didn’t answer but chose up teams and it was me and Tommy against Johnny and Larry.

At first Beth squealed with laughter as the boys and ball bounced around her but then the basketball bounced off the basket rim and hit her squarely in the head, knocking her down. 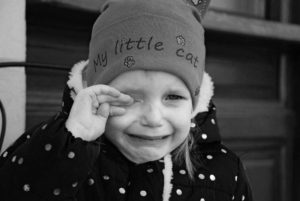 As she lay in the driveway crying the brothers looked at her and each other without talking. I didn’t know what to do but thought they would take care of her. Beth kept crying and suddenly hopped up and ran towards me with her arms up in the air. I picked her up and hugged her and she buried her head in my neck.

I looked at her brothers and asked, “Why did she come to me?”

Johnny shrugged and said with a sheepish smile, “Because you’re the only one being nice to her.”

In this world we don’t always get to do what we’d like. We have important people and important things snatched from us. Sometimes we get knocked down and when we look to people we think should be watching out for us they ignore us.

But there is One who we can turn to Who won’t ignore us. One who is full of love and kindness.

Jeremiah 31.3 NKJV tells us – “The Lord has appeared of old to me saying: “Yes, I have loved you with an everlasting love; Therefore with lovingkindness I have drawn you.”

Just as little Beth was drawn to me by my kindness to her, we are drawn to the Lord by His kindness to us. He wants us to exemplify His kindness by the way we live as it says in Phillipians 2.4 NKJV – Let each of you look out not only for his own interests, but also for the interests of others.

Yep, my Mom reminded me to look out for Beth that day. She needed someone to watch out for her and I needed to be reminded to be kind and compassionate.

We can all show love and kindness to others in the name of Jesus so that they can be drawn to the Lord too.

And no matter how old I get I am always sure that Beth will be 9 years younger.

Matthew 11:28-30 NIV
Come to me, all you who are weary and burdened, and I will give you rest. Take my yoke upon you and learn from me, for I am gentle and humble in heart, and you will find rest for your souls. For my yoke is easy and my burden is light.”