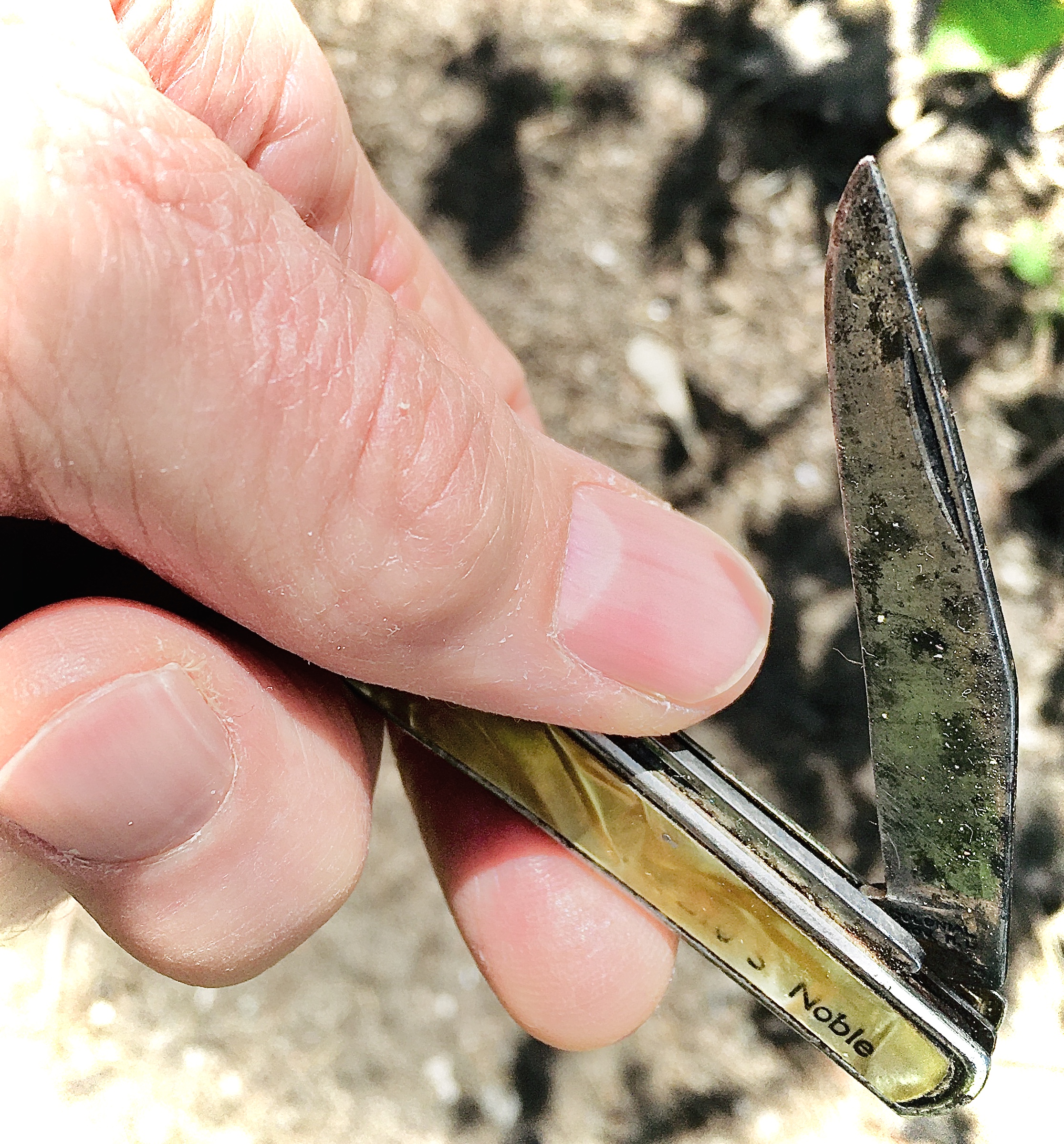 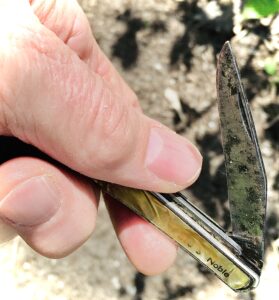 It was not my day. But I didn’t know it yet. I was six years old and following my Dad around in the backyard while he was busy doing some kind of Dad thing. Dad always liked to do Dad things. Sometimes he worked on lawnmowers or the car or moved things around or fixed things. It was fun to see what he was doing. And fun to walk barefoot in our backyard. Our backyard was mostly dirt because of our busy feet running hither and yon through it.

Dad had his ladder leaning against a little doghouse that was about four foot high on one side and maybe half that on the other. “Can I climb up on the doghouse?” I asked him.

“To see if I can jump off.” I answered in all seriousness. It wasn’t very far and Dad looked at the top of the doghouse and the distance down. 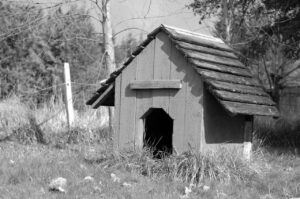 “Okay if you put your shoes on. I guess you won’t hurt yourself.” Dad left to go get a different tool or something and I thought it wouldn’t hurt if I climbed up on the roof and didn’t jump. But it wasn’t long until I was peering over the edge and looking at the soft dirt.

“I don’t need shoes,” I thought to myself. “The dirt is soft.” I launched off the shed and landed in the dirt. But hidden in the dirt was a stone and I scraped my big toe on it. I hopped up and down until the pain subsided. Then I ran in and put on my tennis shoes and came back out to follow Dad some more.

As I stood near him I kicked the black dirt and watched dust sift around my tennis shoes. Dad made his usual remark, “Don’t stir up the dirt!” He then sneezed as if to punctuate his statement. I looked in the dirt and saw something kind of reddish so I knelt down and carefully scooped away the soil so I could see what it was.

“Dad, look!” I said with excitement. I pulled a half opened, rusty pocketknife from the dirt and held it up to show him.

“What is it?” Dad asked as he turned away from his Dad thing to look at me.

“It’s a pocketknife!” I exclaimed.

“Oh,” Dad turning back to his Dad thing, “You be careful with that. You’ll cut yourself!”

“No, I won’t.” I argued feeling irritated with Dad telling me what to do. I tried to fully open the rusty blade. It was rusted in place. I tried to work it open or closed and made the mistake of putting my thumb between the blade and the body of the knife.

“Ow!” I muttered as the blade gave way and sliced my thumb. The cut began to ooze blood and I wanted to run in the house to have Mom fix it but knew I had to confess to Dad first. Even at six years old I hated to admit I was wrong. 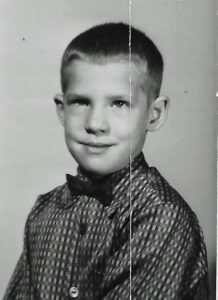 “What?” Dad said without looking at me. “Did you cut yourself?”

Dad turned from his Dad thing and looked at my thumb. “Give me the knife.” He sighed. “It’s not so bad. You’ll live. You go show it to Mom and have her put a bandage on it.”

I ran towards the house and came in the kitchen where Mom was. Then I let the tears fall. “Mom, I cut my thumb.”

“You did?” Mom said sounding not at all surprised. “Let me see,” She said as she wiped her hands on her apron.

“Well, we better clean it off.” She had me stand on my little bench and soak my thumb and the rest of my grubby looking fingers in soapy dish water.

She wrapped my thumb up tightly in a towel and led me to the bathroom. “Here,” She said. “I’ll put some Bactine on it and then bandage it up. It’s not too bad. You’ll be okay.” 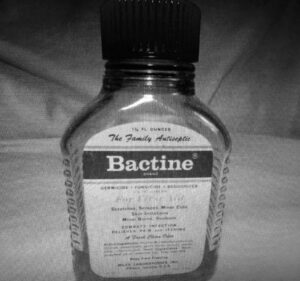 I was calming down now and enjoying Mom’s care. Soon she had a bandage wrapped around my thumb and I went on with the rest of my day.

That night I had trouble falling asleep. My big toe was sore and the bandage on my thumb was irritating me. For some reason I decided to bite it. That made my cut hurt more so then I tried to kiss my owie to see if that made it better. But while I was kissing it I wondered how the Bactine tasted. I could smell it and it smelled like it would taste good. I sucked on the bandage a little and then a little more and soon it was all wet and I had the taste of Bactine figured out. It wasn’t that good. 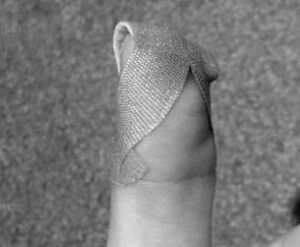 Mom came to check on me a little later. “Are you still up?” She asked.

“Yeah.” I confessed to being awake but not to worrying about tasting the Bactine.

“Does your thumb hurt?”

“A little.” I decided to ask what I had been wondering about. “Mom…is Bactine poison?”

“Yes.” Mom said. “You shouldn’t ever drink it if that’s what you’re wondering about. Now try to go to sleep.”

And my bad day was coming to a close. I had tasted poison, maybe even drank some. I didn’t dare tell Mom. I knew I shouldn’t have. Why did I jump off the shed with no shoes? Why did I pick up that pocketknife? And why did I mess with it? And why did I want to taste Bactine?

And that was the last I remembered. The next morning was bright with sunshine and my toe didn’t hurt. The bandage had worked it’s way off my thumb in the night and my cut wasn’t so sore. It was a new day and I was alive. I climbed out of bed and decided I would mind Mom and Dad, all day. If I could.

Jeremiah 17.7 Blessed is the man who trusts in the Lord, whose trust is the Lord.

Isaiah 26.3 You keep him in perfect peace whose mind is stayed on you, because he trusts in you.

1 Samuel 15.22 And Samuel said, “Has the Lord as great delight in burnt offerings and sacrifices, as in obeying the voice of the Lord? Behold, to obey is better than sacrifice, and to listen than the fat of rams.