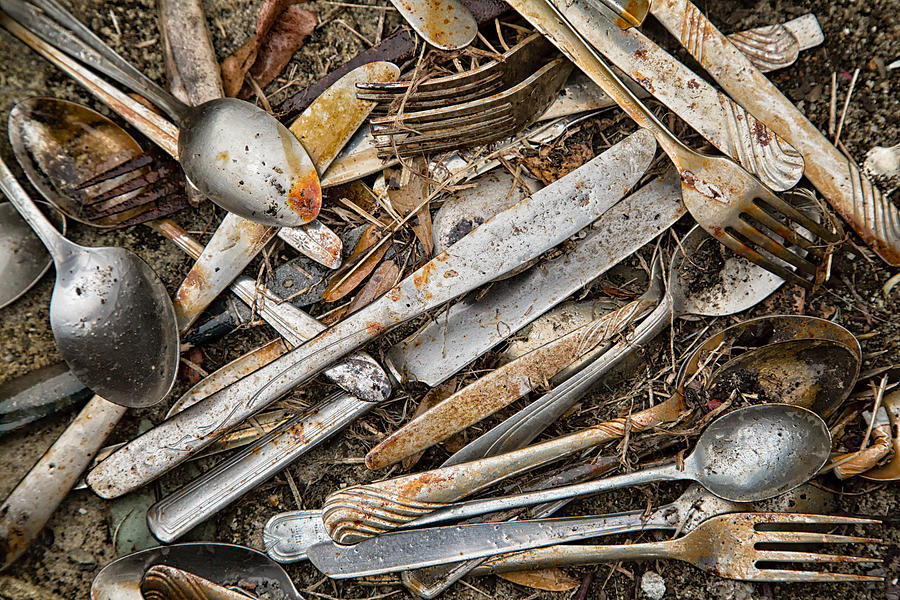 My younger brother, Tim and I’ve shared a lot over the years. We’ve shared baths, family, bedrooms, birthdays (but Mom made us separate cakes) and our good looks. (We tend to look alike so at times we’ve also shared our names, although rather unwillingly.) And in high school we shared Chem II class together. None of my lab experiments turned out but I think all of his did. I got a C. 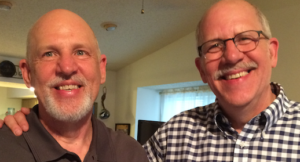 We usually got along pretty well. But we do have different personalities for being one year apart to the day. Tim is much more of a people person and much less shy than me. People seem to be drawn to him while they are usually just tolerant of me. Even so he has no problem saying what is on his mind while I’m a bit more cautious about sharing what I really think.

But we had a lot of fun together and got along pretty well as long as we remembered to respect each other. Which we usually did. Like the time Tim and I were riding on my motorcycle and the throttle cable broke. We were on the side of the road trying to decide how to get back to our apartment. “If we only had something to grab the cable with I could use to rev up the engine and then we could get home.”

“Well, here!” Tim said triumphantly as he reached into a leather holster hanging on his belt. I thought it was a knife but he pulled out a miniature set of locking pliers. We clamped the cable with those and were able to ride the bike back home. And soon after, I got my own miniature locking pliers that I kept in the bike’s tool compartment from then on. 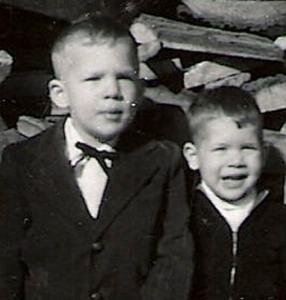 But sometimes we had our spats. When I was in 2nd grade and Tim was in 1st we ran into a situation. It was early in the morning and we were busily getting ready for school. Mom had her hands full getting us all dressed and fed. I was looking for my belt that I thought was on our dresser or somewhere when I spied Tim buckling my belt on his pants.

“I can’t find it.” was all Tim said walking out of the bedroom.

I went out of the bedroom smiling at my little brother who took my belt and didn’t even seem to care that my pants might fall down in school. Mom looked me over and asked me, “Where is your belt?”

“Well, will your pants stay up?” she asked as she glanced at the clock.

Mom grabbed a big safety pin from somewhere. “Turn around,” she said. And when I did I felt my pants tighten up and was hoping Mom was careful with that pin.

“There,” She said, “That should work for today.” I guess pinning all those diapers over the years had made Mom an expert. And my pants didn’t fall down all day. Tim had to find his own belt when he got home from school and then I got mine back. 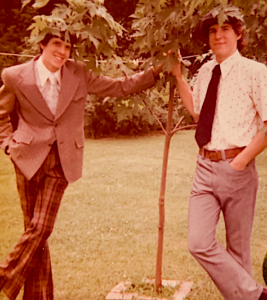 One Sunday, when we were young teenagers something came up and Mom and our sister Anna were going back to church after dinner. Usually Anna did the dishes on Sundays. Tim and I were arguing over who’s turn it was going to be since there were a lot of dishes, and Dad finally said, “I know who’s turn it is. Both of yours!” So Tim and I did the dishes together.

Tim wasn’t very happy about having to do the dishes and I tried to cheer him up a little with my upbeat banter and corny jokes. That usually got him laughing but Tim was having none of it. But we were slowly getting the dishes done with me washing and Tim drying and putting them away.

I had a system where I put all the silverware in the bottom of the sink and let them soak while I washed everything else and at the end I would rinse the silverware and dry and put them away.

We were almost finished and I thought Tim would perk up but he continued being solemn and quiet. I handed Tim the last pot then I started fishing up all the silverware and I piled it in the other sink for Tim to rinse and dry.

Instead, Tim grabbed all the silverware and plopped them back into my sink in the dishwater splashing dishwater on my shirt.

“What are you doing?” I asked him. “They’re clean.” As Tim dropped the silverware back into my sink the 2nd time he said, “You didn’t wash them.” It dawned on then that Tim had his own system. He must wash them more diligently than me, I thought.

“Wash them.” He ordered. Well now we were at a stand off and I didn’t want to stir Tim up more and have Dad hear us arguing, nor did I want to spend extra time diligently washing each fork and spoon.

I swished the silverware around a little and piled them all back in Tim’s sink. “There. They’re washed.” I said.

Back they came in my sink and Tim looked at me sternly. “Wash them!” He ordered again. Well, I went too far, I thought.

So I sighed and wondered just what it would take to convince him they were clean. I took the dish cloth and gave them all a quick once over. I worried he’d say they still weren’t clean enough but finally he rinsed them and dried them and put them away without saying a word.

It was a long Sunday afternoon. But the dishes were finally done and Tim disappeared while I changed out of my wet shirt and pondered. Just how did Tim know when the silverware was really clean? I wondered, just what is his system?

1 John 1.7b the blood of Jesus Christ His Son cleanses us from all sin.

Psalms 51.2 Wash me clean of my iniquity and cleanse me from my sin.

Ezekiel 36.23 Then I will sprinkle clean water on you, and you shall be clean;